The test run of my African Leaf around Eastern Poland was a success:) 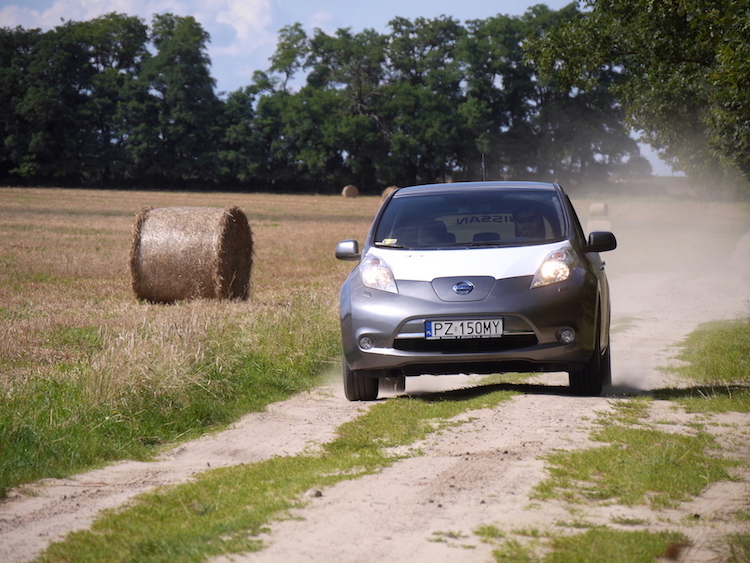 The test run of my African Leaf around Eastern Poland was a success:) The car performed well; it worked, it “starts” at the push of a button :) It just got a little dusty on the gravel roads along the Eastern border and in the Bieszczady Mountains.

For seven days we drove 2514 kilometers and charged the car’s batteries 16 times. On the last day of the trip (from Cisna to Puszczykowo) we travelled 724 kilometers, charging the car 3 times (2 times to completion). Every night we charged the batteries from a regular power source/ socket provided by the owners of our overnight accommodation. Sometimes we also charged on the road during lunch breaks. All in all, out of 16 times, 6 were from dedicated chargers. The cost of driving over 2,500 kilometers was………35 zł!!!   (in several places we were asked to pay for the use of the socket).

The range of the car positively surprised me :) When driving economically (at a speed of about 60 km / h and taking into consideration any elevations in the ground) , I was able to reach the declared (by the manufacturer) 250 kilometers on a single charge, with an

additional reserve of 10-20 kilometers. This will allow me to plan in advance for up to 150 kilometers of a daily range in Africa as well as search for an electrical system in which to recharge the vehicle.

The main roads obviously enabled me to travel faster, and naturally the range dropped to about 200 kilometers (whenever the speed goes above 100 km / h it will drop below 200 km).

Driving an electric car has been an absolutely innovative experience for me. At first, the changes were immediately different and unusual, especially having been used to the traditional type of car; mainly the lack of engine noise and less gears (only forwards and reverse) to get used to.

But gradually, these differences became an ally, and I found them enjoyable.

The current generation of the Leaf is a car designed for urban driving, where its provided range is sufficient enough. However, an additional 50 kilometers and a solid network of high-speed chargers would of course, be useful for further and faster excursions. Unfortunately, Europe’s charger map as it currently stands, with Poland in its central location, there are still many blank spaces to be filled. Even the Ukraine has more chargers available :(

Fortunately, new installations are in the planning for Europe, with organisations like GreenWay Infrastructure, and Mentzelectric.pl in the picture. You will not have to wait much longer for Nissan to extend their range limit as the second generation Leaf will be arriving in September 2017.