My African LEAF clocked just over 10,000 km. The machine works fine, the battery is holding up and there are no signs of any degradation. 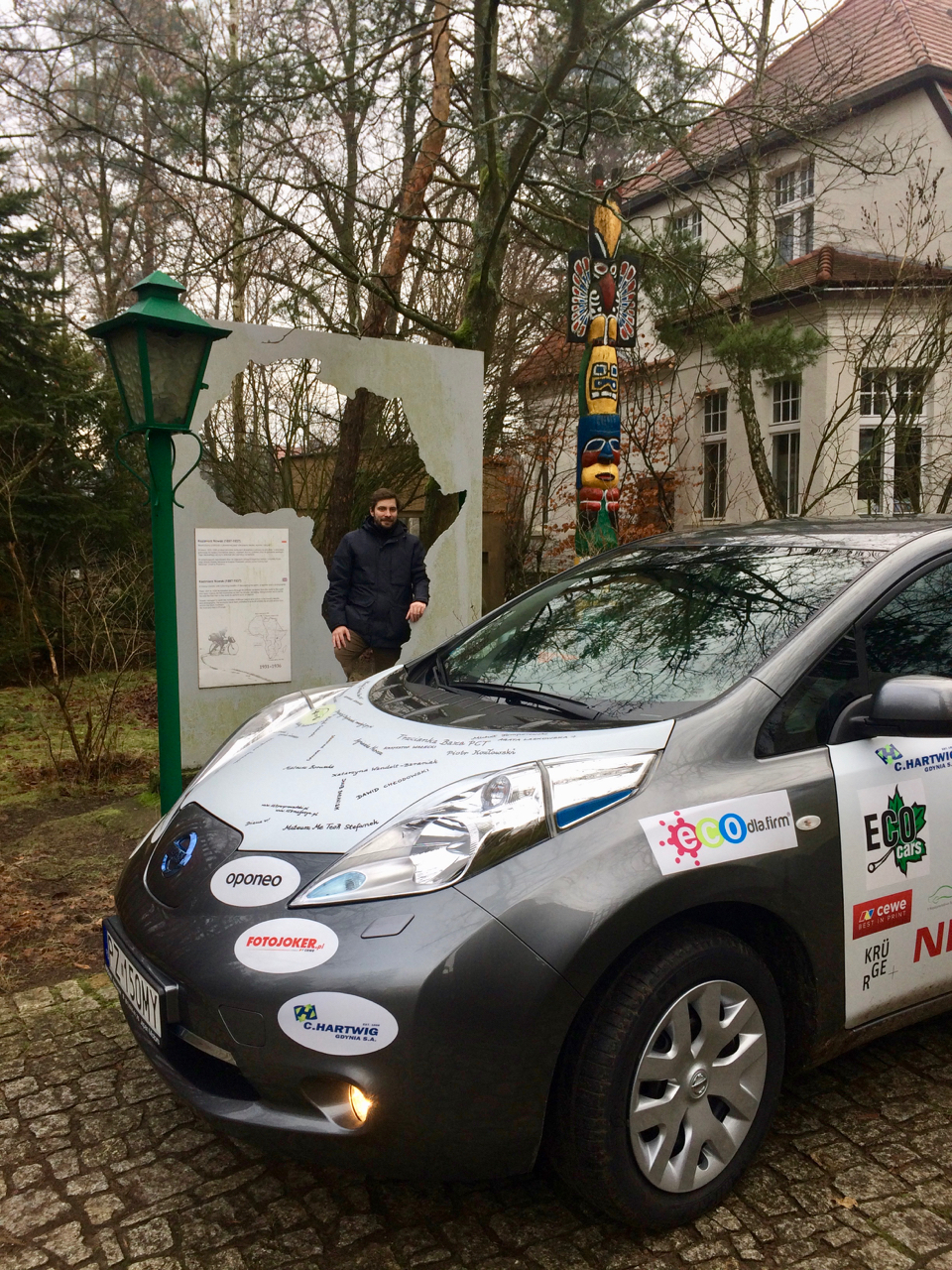 My African LEAF clocked just over 10,000 km. The machine works fine, the battery is holding up and there are no signs of any degradation.

In total, I charged the car 39 times with a fast DC charger and much more often from AC chargers, or directly from a household/ power socket.

I had often been charging from zero to full, and as charging a battery with fast DC chargers it never helps to prolong a battery’s lifespan but I was more than pleased to note that the LEAF’s battery performed ‘ like new.’  :)

These 10,000 km gave me the chance to get to know the car, what to anticipate on the road, to gain confidence, to learn (in a sense) how to drive in order to reach my destination/ charging point; all essential for next year’s trip through Africa.

Over the last few months, I have used 12.6 kWh of energy per 100 km on average. I got the best results during my August tests in the east of Poland. There, I learnt ( and practised) how to drive economically on various surfaces and roads. On average, during the 2500 km test, energy consumption was 11.1 kWh per 100 km.

After several months of driving the LEAF, I have to say that the car won me over and I can’t see myself returning to a traditional combustion engine car. I do not mean the Maluch, which continues to remain a huge part of me, but I mean a modern internal combustion car, which actually seems to me to be a technologically outdated classic vehicle, from the perspective of having driven an electric vehicle.

Driving in the city, and locally, my EV is simply unbeatable. During further longer trips, driving became a challenge mainly due to a lack of fast charging facilities and having a far smaller range compared to the traditional car.  (unless you can afford the Tesla, which unfortunately I can’t ).

My LEAF has an (official according to the manufacturers) range of up to 250 km but realistically up to 200 km. Fast chargers are fortunately appearing, among others thanks to the GreenWay Infrastructure, which plans to install 200 in Poland. It will greatly help in planning further trips, but for now, it is still a drop in the ocean in terms of needs, in comparison to the development of the same infrastructure in western Europe. The ranges of cars are also (fortunately) growing. In the new LEAF, (which will be available next year), I estimate that I would be able to get from Poznań to Warsaw on one charge which I intend to test after returning from Africa (if, of course, Nissan Polska will lend me a car for such a test :)).

I traveled with my African LEAF to many cities on many occasions, including Toruń, which is 176 km one way, on one charge. I visited Warsaw most often and the route was a challenge considering the car's highway range is smaller than the ranges achieved driving locally.

Travelling to Warsaw entailed a 200 km drive to the fast DC charger in Aleksandrów Łódzki. I was able to do it by driving up to 90 km / h. In Aleksandrów, I charged the car for 45 minutes and was able to easily reach the center of Warsaw with a considerable range in reserve. Interestingly, the return journey proved to be more difficult due to the terrain. Driving back the major part of the route led uphill; small hills and occasionally long hills which significantly reduced the range.

Returning to Aleksandrów Łódzki, (about 150 km, depending on location), I reached the charger when the reserved came on, which meant I still had about 30 km range. Further driving back to Poznań, became even harder. Once I managed to return to Poznań on one charge by driving slowly and with favorable weather on my side. But other times I had to stop at the service station and charge the car from a power socket for at least an hour. Fortunately, I found such a socket at the LOTOS station in Police Mostowy where the exceptionally polite stuff made the socket available for me. If there was no power socket enroute, I would charge my car from an ordinary socket but this required at least two hours. On returning from Warsaw to Poznan, I used an average of 14.6 kWh per 100 km, which is 2 kWh more than when going to Warsaw. Searching for possible recharging locations, the phone apps - PlugShare and ChargedMap- proved to be useful.

During one of my last visits to Warsaw, I became stuck in a traffic jam. It was a Friday (Black Friday) , and so the traffic jam was significant. I stopped, moved, stopped again etc and had driven a kilometer in 30 mins!  The worst thing about it all was that I was stuck breathing in the terrible stench of the exhaust fumes.

I reached the Mokotów shopping station and charged the car from a quick charger located on the centre’s underground parking lot. Continuing to breathe in even more fumes while recharging as parking ventilators don’t do a good job of clearing out the air. Around me, I saw the proud drivers of  BMWs, Mercedes’  and other cars, trying to find a free parking spot or queuing to leave the car park and crafting this stench. Immediately, the despair of the fact that I was going to Warsaw almost twice as long as in ordinary car was gone. Suddenly the beautiful looking cars around me, become even more in my eyes, a technologically backward product of the twentieth century as well. The idea that I do not poison wins and fully speaks to me even at the expense of being few hours longer on the road.